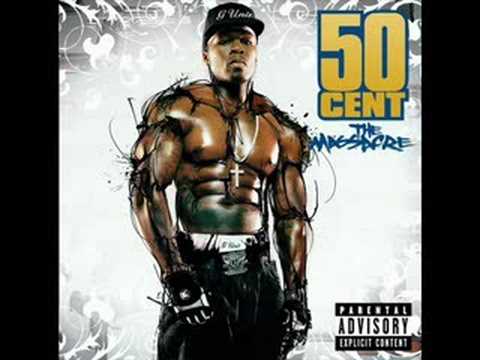 It’s a great music Audio by 50 Cent And this wonderful and amazing song is titled I DON’T NEED EM.

Actually This Awesome Tune is popped out of his 2005 Album Project Which Is Titled THE MASSACRE.

Yeah, it is what it is man

Sirens flashin’ you know the routine, the crime scene taped off

It started out a robbery, they blew half his face off

They seen him shinin’, cross full of diamonds he bought grindin’

His foot slip off the ladder of success he was climbin’

The D’s came through, askin’ niggas if they know what happened

Somehow my name end up in anythin’ that involves clappin’

Detectives at my mama crib, they say they wanna question me

When it come to cookin’ coke, they know I got the recipe

I turn a quarter to a half, that’s why they mess with me

I’m the neighborhood pusher, I move packs to make stacks

Figure, I’ll push it to the limit, take the shit to the max

First to let off last to run, every time it’s on

I tell niggas to suck my dick, get the fuck out my face

‘Cause they’re, never around, when I’m down

(What? Nigga is there.. is there a motherfuckin’ problem nigga?)

Niggas be talkin ’bout me, they always callin’ me crazy

Fuck them OG niggas, they stuck in the 80’s

Sayin they gon’ do me somethin’, now you know that’s a lie

Nigga you look at me wrong I let the hammer fly

I’m rich, I still wake up, with crime on my mind

Queens nigga put it down like Pappy Mason in his prime

When I say move, nigga move, or get caught in the crossfire

I prevents runnin’, cut my fuckin’ hand on the barbed wire

They sick, they see me in that Aston Martin

What’s the matter? They can’t get that hooptie started

Thought they was grindin’, well God damn, where that money at?

Thought you was fucked up, cause you was lettin’ paper stack

You ain’t a hustler, matter fact, you’s a buster

I don’t trust ya, I should send niggas to touch ya

I tell niggas to suck my dick, get the fuck out my face

‘Cause they’re, never around, when I’m down

What? Who say they gon’ do somethin’ to me?

Must be out your rabbit-ass mind

Fuck around kill one of these niggas

Toby Shang – Who The F*ck Are You? ft. Dj Kaywise