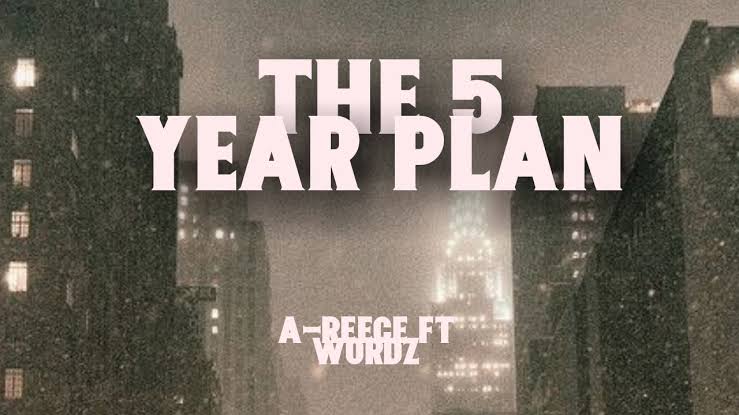 Download the official mp4 music video by A-Reece ft. Wordz and this amazing music is titled “The 5 Year Plan”.

Off his album, A-Reece released Residual Self-Image featuring Ayanda Jiya. In pushing his game forward, he also dropped two new singles this year titled Strictly For My Bitch and The 5 Year Plan featuring Wordz as the 3rd track in the mixtape.

Making bigger waves for this session, he drops this new visual to his fans in grandstyle.

A-Reece – Something To Fight For Ft. Jay Jody & DJ Maphorisa

A-Reece – Bigger Than Me Ft. Emtee

A-Reece – Strictly For My Bitch

Samsong – Drink from the Water