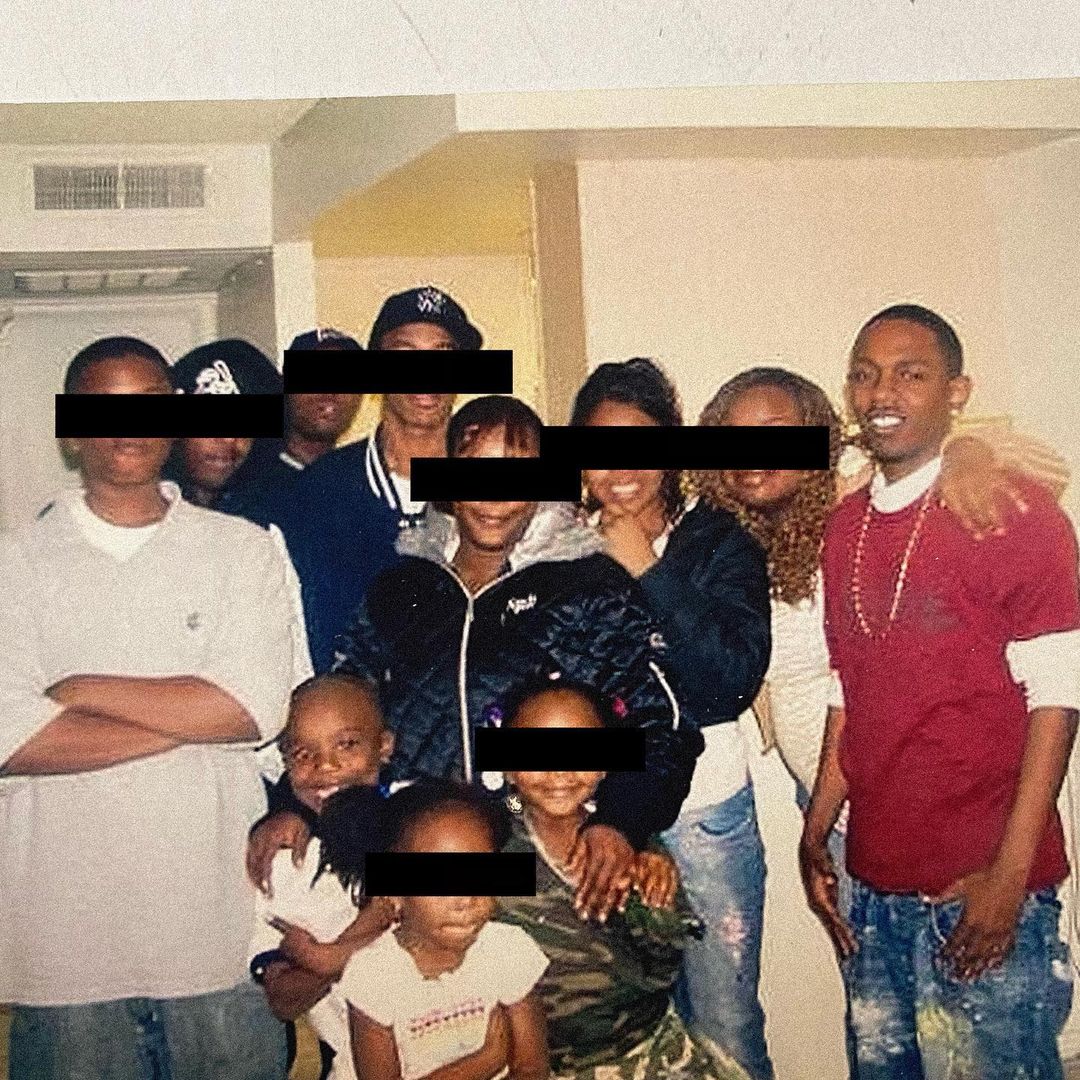 Actually this amazing music is popped out of his newly released album which is titled ‘the melodic blue (2021)’.

Jump in that— (Huh, huh), summon that bitch

Hittin’ that fire, jump in that whip, thumbin’ that bitch

Take him to the party, he’s a nerd (Pop out)

I see niggas hit corners in the motherfuckin’ ‘burbs, huh (Pop out)

Done politickin’ with the competition, what’s the word? (Yeah)

Put that on my mama, nigga, eight in the process

Niggas tryna tippy-toe through the progress

Tongue-tied when the truth is an object

What’s the pros and the cons of this next check?

Wasn’t nobody ’round, I was independent

In the 90s, sittin’ bum with the windows tinted

Heard a bum got a strap in the party

Who the fuck lays out niggas at the party?

I was seein’ double in the projects

Mad at myself when I put it to the side

Mama had to cater for the coupe

That we rode after school on the way to Popeyes

And niggas wanna play both sides

It’s a red dot, don’t get on the wrong red eye

Fuck around and bury two of them guys

I thought that I told you, I need the advance

Put down your IG and look through my lens

A million to grandma, who did I offend?

The girl of your dreams to me is a fan

I netted ten million and did a lil’ dance

I’m fuckin’ the world, I unzip my pants

My uncle G told me that I had a chance

So then I popped out and did it again

I can not respect them, where did he begin?

Advice from the council, let nobody in

Been swervin’ through rumors

Avoidin’ the trends and duckin’ the hoes

I’m duckin’ the loonies that come with the shows

I’m grateful to Man-Man, he opened up doors

And bung’ on the tour bus to come and compose

I reach to the stars on my tippy toes

This greatest success where most niggas fold

I tell you my past, that shit don’t get old

But how could you ask like I don’t be writin’ my raps?

These critics got everyone tapped

You gotta relax, the city where nobody sleep

Just tap in and ask where I’m at, ho

Yeah, I’m smokin’ on your, what’s her name, tonight, tonight

I am the omega, pgLang, Rollie gang, SIE

Don’t you address me unless it’s with four letters

I been duckin’ the pandemic, I been, social gimmicks

I been duckin’ the overnight activists, yeah

Hold on, y’all niggas playin’ with me, man

I am the omega, pgLang, Rollie gang, SIE

Don’t you address me unless it’s with four letters

I been duckin’ the overnight activists, yeah

I’m not a trending topic, I’m a prophet

I answer to Metatron and Gabriel

Bitch, looking for a better me

I am a legacy, I come from the seventy

The Al Green offspring, guns and the melody

The big shot, wrist on cryotherapy

Soon as I press that button

Us two on a light, Keem been through nothin’

Dave Free got at least one B in the oven

Pop off, only on occasions, brother

Rich nigga, momma know I made it, brother

Show my ass and take yall to class

Last year, y’all fucked up all the listener

Who went platinum? I call that a visitor

Who the fuck backin’ ’em? All been falsified

The facts mean this a vaccine, and the game need me to survive

The Elohim, the rebirth

Before you get to the Father, you gotta holla at me first, bitch

Motherfuck that album, fuck that single

When I come up killin’ everybody that’s outside (Who you with?)

But me, I’m still an old school Gemini (Lil’ bitch)

Let me jump in this bitch

Let me jump in this bitch

Two phones, but I only bring one in this bitch

One daughter, but they all my sons in this bitch

No hoes, ain’t shit gettin’ done in this bitch

I’m scary, I got a gun in this bitch