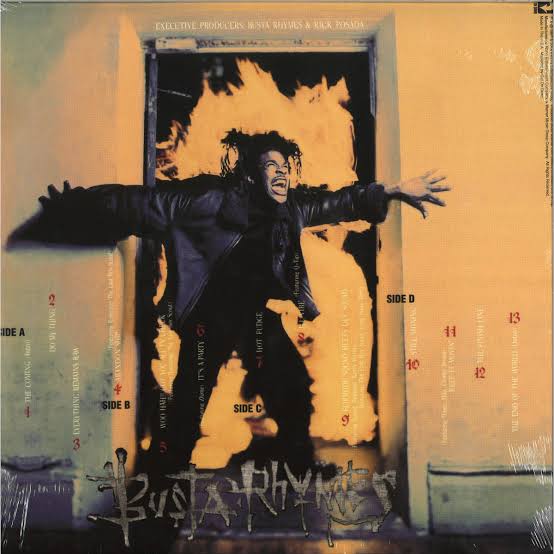 You don’t know what we doing right here!

One two three we gon’ turn it out

We gonna hit you with the shit we got here

If I die, I’ma only come back

Yo, I’m saying if you think that you can step to me wrong

I 8Off like the Assassin, now I’m blastin I’m takin over

Stick you for your blue Range Rover

I told ya, Rampage a real live soldier

Been in the game, sinc the age of thirteen

A microphone fiend, so I’m goin to see my P.O.

She pulled my rap sheet, just like, Neo Geo

Hahahaaa! I always roam through the forest

Just like a brontosaurus, born in the month of May

So my sign is Taurus, kick you in your face

Like my fuckin name was Chuck Norris, make you sing my chorus

Rock to the beat and then, turn into a walrus

Acting like you wild, but I know you really harmless

While your time is coming, I make the fat shit regardless

Many niggas want to know when the Ramp return

Yo I’m getting phone calls from that nigga Howard Stern

He wants to know about my Flip Mode click

The way we get down and BUST niggas shit!

LP after LP, we make G’s

I’m not lying or joking, you get broken

Dead in Flatbush, back to Roanoake and

People always asking me, how your shit be selling

For making shit guaranteed to bust your fucking melon

Police throwed me up on charges like I was a felon

There was no telling, when I was striking had you swelling

Cruising in my Lands, watch the police how they be gelling

Lock you up for days and got a nigga ass smelling

Yo fuck that! You best believe there ain’t no time for dwelling

Yo, yo, yo I run up in your set like a New York city

I can’t slip, I beat you down with my vice grip

Your lost, that means you way off course

No remorse, I’m gettin five in The Source

I be saddle back biting motherfuckers like a horse

Turn and toss, niggas all up in my applesauce

Watch me reinforce, my shit feel good like intercourse

Ever since I was a shorty rockin Hugo Boss

Hey yo bust it Bust (why) you just made my day

If you didn’t put me on I’d be locked like O.J.

I don’t eat pork I take a fish fillet

Now I’m knocking out niggas from, to, touche!

Now I’m going back around the way

I’m ripping shit, like my name was Marvin Gaye

Yo, now I’m back with more Bionic like my name was Colt Seavers

Got you niggas open like a bunch of wide receivers

Time is on the meter, go clean your act up in the cleaners

Chicken head, give me some of your chicken fajitas

Yo I beg your pardon, I write my rhymes way past the margins

Squeeze the Charmin, peace to one million men marchin

Now your shit is done like a fuckin empty milk carton

It’s on for the nine-six, mad shows at the Ritz

On the low, I still rock my Girbauds

See the show, I got my nickel plated fo’-fo’

All my rough niggas open the do’

Cause Boy Scout brings the ruckus and I’m still hardco’

Yo, when I walk streets you know my blade’s a little sharper

Fuck Peter Parker, I cross you like a magic marker

Every time I hit I always hit a little harder

Blazing to the point where niggas look a little darker

While your ride is busted, I be your luxury Sedan

Number one nigga in the chain of command

Breaking fool in school like my nigga Geechie Dan

Hey yo, I see intruders on my scan

Faze – All of My Days