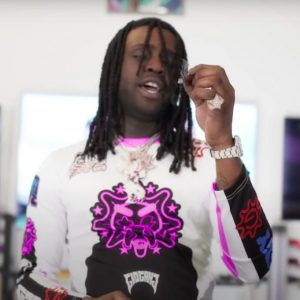 Chicago rapper Chief Keef is undoubtedly one of the hard working rapper in the game right now. Over a decade of experience, but he still keeps putting out record like he has something to prove.

Today, he premiers two singles in one “Woosah and Street Cat.” Both songs were previously leaked online, but he dropped it officially on his youtube page today.

Along with the song comes the official video which also fuses the both joints. This is a good song to have on your playlist.

Nigeria Is The Giant Of Africa, Every Artist Should Try To Penetrate The Naija Market: Camidoh