Davido Talks About The Importance of Unity In The Family

Nigerian singer, Davido has taken to social media to speak on importance of unity in the family.

He stated this via his Twitter page on Tuesday afternoon, July 19th.

This is coming after a curious fans asked the Omo Baba Olowo crooner about the whereabouts of his cousin, Dele Adeleke following the win of his uncle in Osun governorship election. 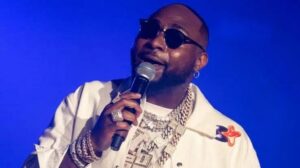 Responding, Davido said, “Nobody wins when the family feuds.”

The singer wrote, “Wonderful! I finished university with a 2:1. But it’s now cousin Dele who struggled to even get a 2:2 that is now forming ‘intellectual’.

“Intellectual that has not succeeded in building one single thing in his life on his own. This life! Osun, beware of fakes!(sic)”.

Singer Davido speaks on importance of unity in the family

Download another hot mp3 audio song by EmmaNyra Ft. Davido and this music is titled "Elele" (If your body na...

Download another hot clean mp3 audio song lyrics by Davido and this amazing music is titled "Look My Face f....

Download another hot clean mp3 audio song by Davido ,Shina Rambo and B-Red and this music is titled "Complicated". We...

Nigerian recording artist, Davido has dished out this banging tune tagged “Wetin You Say.”On this new song he features American...

Kelly Rowland – Everytime You Walk Out Of That Door

The Notorious B.I.G – Miss U

A successful family man is seduced by an ex-girlfriend who is out for revenge for a past wrongdoing. Genre: Thriller, ...