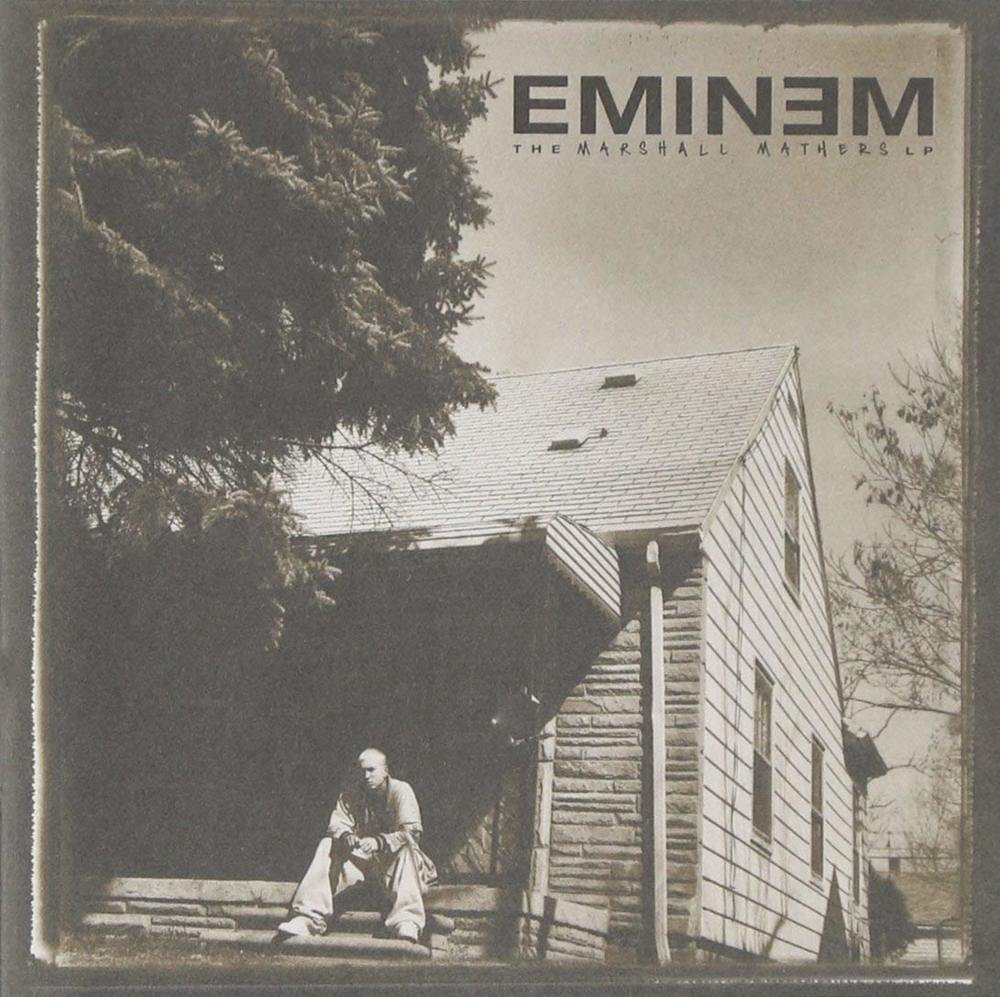 Download another great mp3 song with lyrics by Eminem and this amazing song is titled “So Far”.

Actually this wonderful song is popped out of his album which is titled “The Marshall Mathers LP2” Which was released in November 5, 2013.

I own a mansion but live in a house

A king-size bed but I sleep on the couch

But my tank’s half empty, gasket just blew

Only option I have’s McDonalds’s bathroom

In a public stall, droppin’ a football

So every time someone walks in the john, I get maddened

And you’re askin’ for my goddamn autograph on a napkin?

Oh, that’s odd, I just happened to run out of tissue

Yeah, hand me that, on second thought I’d be glad then

I wiped my ass with it, crumbled it up in a wad and threw it back and

Can’t pump my gas without causin’ an accident

Pump my gas, cut my grass, I can’t take out the fuckin’ trash

Without someone passin’ through my sub, harassin’

I’d count my blessings, but I suck at math

But the ant-acid, it gives my stomach gas

When I mix my corn with my fuckin’ mashed

Potatoes, so what? Ho, kiss my country bumpkin ass

Missouri Southern roots, what the fuck is upper class?

Tupperware in the cupboard, plasticware up the ass

Stuck in the past—iPod, what the fuck is that?

B-Boy to the core, mule, I’m a stubborn ass

They call me classless, I heard that, I second and third that

Probably be a giant turd sack

But I blew, never turned back

Fuck you gonna say to me? I’ll leave on my own terms, asshole

But I love the perks my work has

I get to meet famous people, look at her dag

Her nylons are ran, her skirt’s snagged

And I heard she drag-races, *burp* swag

Tuck in my Hanes shirt tag

We’d be the perfect match

‘Cause you’re a vacuum, I’m a dirtbag

My apologies, no disrespect to technology

But what the heck’s all of these buttons?

You expect me to sit here and learn that?

Fuck I gotta do to hear this new song from Luda?

Be an expert at computers?

I’d rather be an Encyclopedia Britannica, hell with

PlayStation, I’m still on my first man on some Zelda

Nintendo, bitch! Run, jump, punch, stab, and I melt the

Mozzarella on my spaghetti

Put in on bread, make a sandwich with Welch’s, and belch

They say this spray butter’s bad for my health, but

I think this poor white trash from the trailer

Mentality helps to keep me grounded

That’s why I never take full advantage of wealth, I

Managed to dwell within these parameters

I can’t even help it, this is the hand I was dealt, a

Creature of habit, feel like I’m trapped in an animal shelter

With all these pet peeves, goddamn it, to hell, I

Can’t stand all these kids with their camera cellphones

I can’t go anywhere, I get so mad I could yell, the

Other day, someone got all elaborate

Went to Burger King—they spit on my onion rings

I think my karma’s catchin’ up with me

Not sure what that means, they tell me it’s good

So I’m artist of the decade, I even got a plaque

I’d hang it up, but the frame is all cracked

I’m tryin’ to be low-key, hopefully nobody notices me

In produce, hunched over, giant nosebleed

Ogre style as I mosey over to the frozen aisle

By the frozen yogurt this guy approached me

Embarrassed, I just did Comerica with Hova

The show’s over, I’m hidin’ in Kroger, buyin’ groceries

He just had front-row seats

Told me to sign this poster, then insults me

“Wow! Up close didn’t know you had crow’s feet!”

I’m at a crossroads, lost, still shoppin’ at Costco’s

Got caught pickin’ my nose (Agh!)

Finger still up one of my nostrils

Right next to ’em, stuck at the light, the fuckin’ shit’s

Takin’ forever to change, it’s stuck, these bitches are lovin’ it

Rubbin’ it in, chucklin’, couldn’t do nothin’

They want me to flip at the label, but I won’t succumb to it

The pressure, they want me to follow up with

Another one, after Recovery was so highly coveted

But what good is a fuckin’ recovery if I fumble it?

Hoppin’ out shrubbery on you sons of bitches

Wrong subdivision to fuck with, bitch

I love my city, but you pushed me to the limit—what a pity!

The shit I complain about

Kool-Aid stain on the couch, I’ll never get it out

But bitch, I got an elevator in my house

Ants and a mouse—I’m livin’ the dream!

Russ – I Wanna Go Down With You

Marioo – For You (Video)