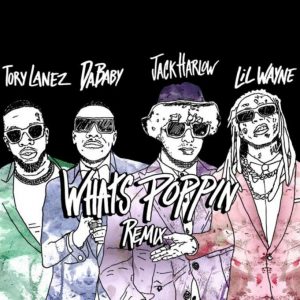 Back in January, rising star rapper Jack Harlow gave us the impressive track “What’s Poppin,” and today he returns with even a more impressive remix of the song.

On this new version, he enlists some of the biggest names in the game including Lil Wayne, DaBaby and Canadian singer and rapper Tory Lanez.

Now how does Harlow, the relative newcomer of the gang, fare alongside a handful of rap titans? You just have to find out yourself.