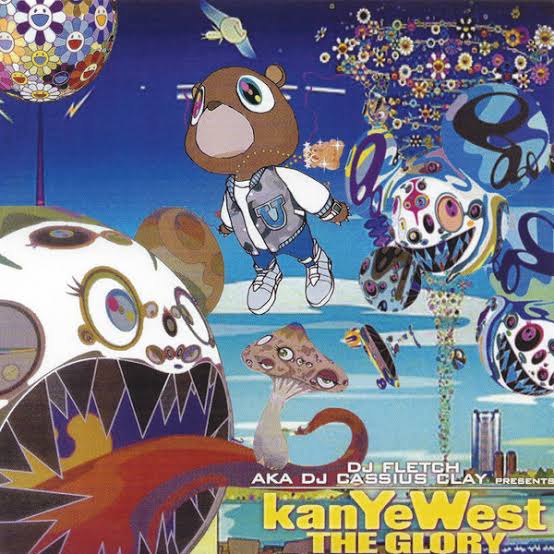 Actually this wonderful music is popped out of his Hip-Hop/Rap album which is titled ‘Graduation’ and it was released in the year 2007.

Can I talk my shit again?

Even if I don’t hit again?

Dog are you fucking kidding?

My hat, my shoes, my coat

Off that Bacardi Limon and Corona, I’m zoning

Class back in session so I upped it a grade

And, hey please don’t start me

While y’all was in limbo I raised the bar up

I touched on everything

Married to the game, roc-a-chain instead of a wedding ring

On nights when ‘Ye romance

Cameras flash so much

That I gotta do that Yayo dance

I’m on a world tour with Common, my man

The hood love to listen to Jeezy and Weezy

I did it for the glory

What am I supposed to do now?

Man the game all messed up

How I’m suppose to stand out when everyone get dressed up?

So yeah, at the Grammys I went ultra Travolta

Yeah that tuxedo might have been a little guido

But with my ego

I can stand there in a speedo

The glory, the story, the chain, the polo, the night

The grind, the empty bottles of no-doze

I spent that gas money on clothes with logos

The fur is Hermes, shit that you don’t floss

Why I gotta ask what that two-door cost

House on the hill

And I’m asking about her girlfriends

Yeah, the dark skinny ones

When you meet me in person what do you feel like?

I know, I know I look better in real life

O’ hear people compare themselves to big a lot

You know B.I.G. and Pac, you know to get it hot

I guess after I live I wanna be compared to BIG

Anyone, Big Pun, Big L or Notorious, fit in

Get money and stunt and stay glorious

Kanye West ft. DJ Premier – Everything I Am

Kanye West – Off The Grid