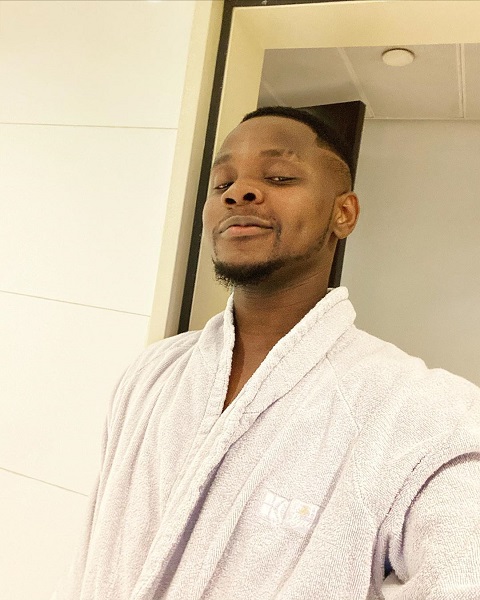 Following a successful outing last year, Kizz Daniel has teased his fans with a new song on the way.

He made the revelation via his Instagram story: @iamkizzdaniel stating that he “wants to drop another song like now now.”

Although, no song title or release date for the upcoming single he made it clear on his Instagram that “he is born for making music and can’t help it.”

Recall, about 2 days ago the “Jaho” crooner said he will be taking a break from making music but has now decided to discredit his statement. 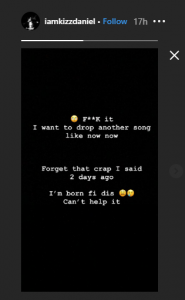 I Want To Be A Politician – Cardi B