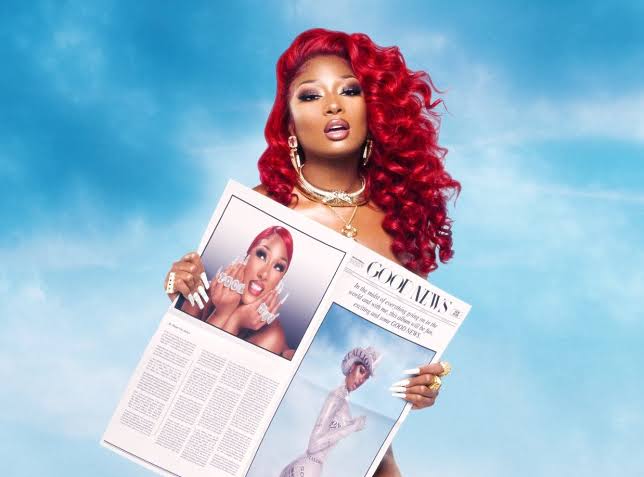 Actually this amazing music is popped out of an album which is titled “Good News” And it was released in the year 2020.

Her friends and mom hate me (go)

Lay down on the bed, do the crybaby (mmm)

She had the boy waitin’, I don’t mind waitin’ (come here)

Want me keep on my diamonds, we sex? (What’s your name?)

Ooh, that lil’ bitch a player

If her friends ain’t around to record it

She bend over, shake that lil’ ass in the mirror, like

Goddamn, what a nigga gotta do for your number?

Shawty came through with that head so good

I said fuck it, I ain’t usin’ no rubber

Way she make that ass bounce, think I love her

Got that ass and that mouth from her mother

Type to make your bae mad, you in trouble

Her friends and mom hate me (Go)

Lay down on the bed, do the crybaby (Go)

She had the boy waitin’, I don’t mind waitin’

Want me keep on my diamonds, we sex? (What’s your name?)

Lay on my stomach, toot it up, do the crybaby (crybaby)

Look back, hold it open, now he annihilated (yeah)

Moaning like a bitch when he hit this pussy

Choke me, spank me, look at me, thank me (thank me)

Spit, slurp, give him that work

Fell too fast for me, now the nigga hurt

Deeper, deeper, I need a reaper

Thought I was in trouble how he tearin’ them cheeks up

Keep me a freak, who the flavor of the week?

If I make up the rules, then I don’t think it’s cheatin’

Jordan, Tommy, Timothy, Daniel (which one?)

Ha, I needed me a nigga off my hands (hahahaha)

Uh, his friends and his dad hate me (yeah)

I broke his lil’ heart, he a crybaby (wah-wah-wah)

If I ain’t let him hit the pussy by now

Then that nigga lame if he still waitin’ (ah, ah, ah)

I ain’t even save your number (nope)

I make him cry ’bout the pussy, hmm

DaBaby Responds To Ludacris Comparisons: “I Think People Use That Too Lightly”

Johnny Drille – Before I Let Go