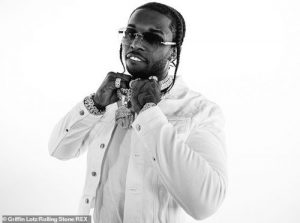 The late Pop Smoke‘s posthumous album was released two weeks ago, while we are still vibing to it, we still can’t get enough of it.

Today, a mix of his former song Get Back surfaced on the internet this time with verses from the controversial 6ix9ine.

Rat Mix like it is called sees 6ix9ine exploring the drill rap and I must say, it actually sounds good. The person who mixed this actually did a great job.