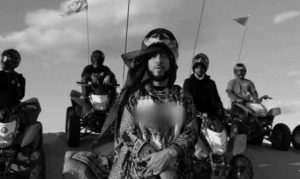 The song is one of the standouts in his last studio project “Montana” which was met with moderate acceptance when it was released.

However, the album housed 20 tracks in two sides and it featured guest appearances from Drake, Logic, Post Malone, PARTYNEXTDOOR, Chris Brown, Kodak Black, Blueface and others.