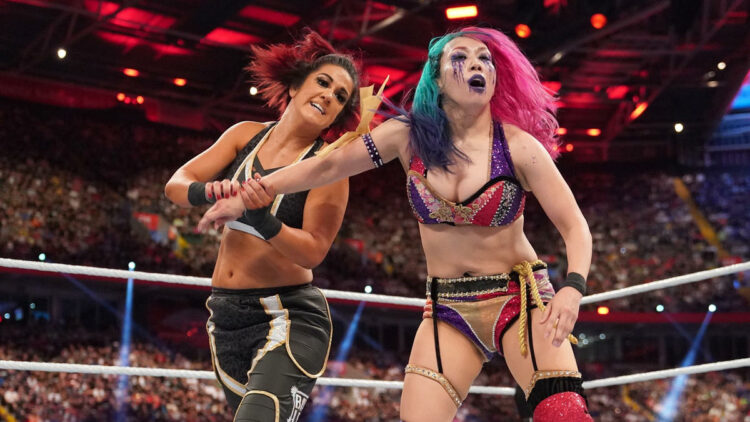 This is an amazing and one interesting match that happens on 3 October 2022 which features IYO SKY against Alexa Bliss, and at the end of the Match, one person went home with the trophy.

In the wake of Damage CTRL’s ambush that injured Asuka earlier in the evening, Bayley emerged to interfere in Alexa Bliss’ main event showdown against IYO SKY.

Although this brought Raw Women’s Champion Bianca Belair to the rescue, SKY and The Role Model initiated a two-on-one assault on the titleholder. After hurling her into the steel steps, SKY returned to the ring and overcame Bliss with the Over the Moonsault.

Damage CTRL then launched a vicious post-match ladder attack on the war-torn Bliss, Belair and even the emerging and injured Empress of Tomorrow. With that attack, Bayley stood tall ahead of her Raw Women’s Title Ladder Match at WWE Extreme Rules this Saturday.